The deity enshrined here is Itsukishima-hime. Once, according to legend, the goddess was searching for a safe place to live, heading east from the province of Chikushi across the sea, when she arrived at Kasado Island and was so entranced by its beauty that she decided to live here forever. However, when the Festival of the Seven Ebisu Gods in Seven Bays needed to be performed, it could not be held because the island was one bay short, so the goddess kept moving east, to Miyajima in the province of Aki.
The stone torii gateway in the sea was erected in 1925 by local supporters.Itsukushima Myojin is worshipped at Nishigaeki in Fukaura, and every year on the 17th day of the 6th month in the old calendar, a number of fishermen light lanterns and circle around the bay in a festival called Music Festival for the 17th Night. 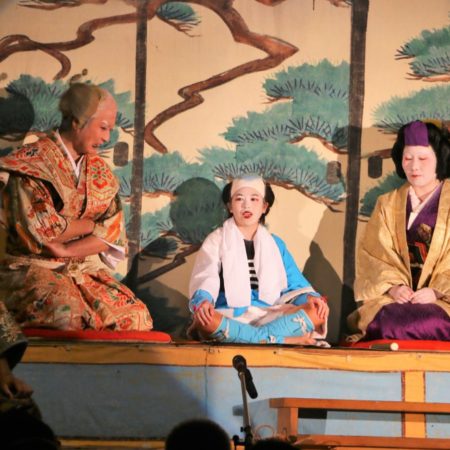