Hanaoka flourished greatly as a post-station town by a temple along the old Sanyo Highway, and still has numerous rare cultural treasures that speak to its long history.
The shrine was founded in 709, when the deity from the Usa Hachiman Shrine in Buzen province (now Oita prefecture) was ritually divided and installed here.
Legend says that when the deity was installed, the hillside became covered in flowers overnight, giving the shrine its name of Hanaoka or “Flower Hill.”
The shrine’s treasures include the Great Evil-Crushing Blade(Haja-no-Ontach), considered the largest sword in Japan, a red seal overseas trade permit from Toyotomi Hideyoshi, the Divine Transferal Votive Tablet (Gojinko-no-Ema) which depicts customs of the Edo period (1603-1868) very well, and many others.
Today, the area around the shrine still retains the atmosphere of the old highway, with houses with plaster walls and grilled windows, and is as lively as it was hundreds of years ago.

Created in 1797 by Nanryo Asakura Mitsuyo, an artist from Tokuyama Mori domain. A votive tablet (ema) 183 cm tall and 384 cm wide. It shows how the divine transfer of a deity was carried out in the Edo period. Each person’s expression is done in fine detail. This is a very valuable artifact that teaches us about the post-station town and its streetscapes, the ritual itself, the performances, daily customs and the worship of local guardian deities. 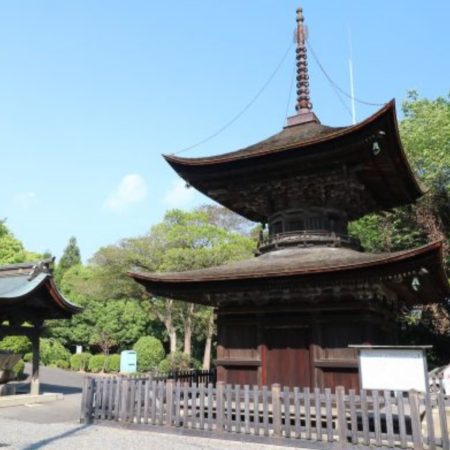 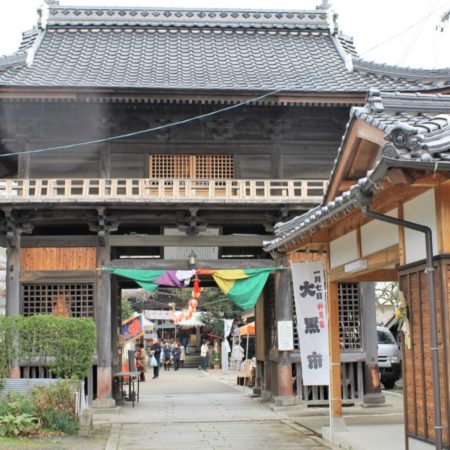